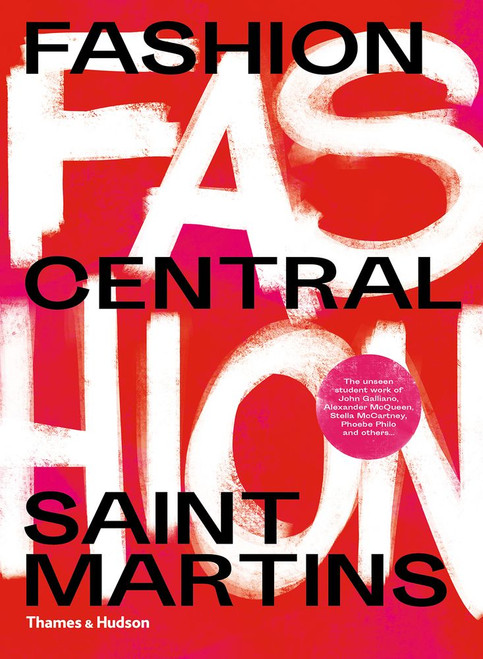 Celebrating the most famous and influential fashion school in the world, Fashion Central Saint Martins is filled with never-before-seen student work by and exclusive interviews with talented graduates who have gone on to become the biggest names in fashion. Discover a treasure trove of early sketches, first student collections and fashion shoots by designers such as Hussein Chalayan, John Galliano, Stephen Jones, Dior's Kim Jones, Christopher Kane, Stella McCartney, Alexander McQueen, Phoebe Philo, Gareth Pugh, and Burberry's Riccardo Tisci, journalists like Vogue's Hamish Bowles and stylists such as LOVE magazine's Katie Grand. Learn all about their defining memories of the fashion school, favourite characters, inspirational teachers, and words of wisdom on everything a budding fashion designer, or aspiring fashion student, needs to know to forge their own path.

Edited by the school's Programme Director of Fashion, Hywel Davies, and Cally Blackman, lecturer in Fashion History and Theory, Fashion Central St Martins follows the school's history from 1931 to today, with an initial chapter dedicated to its early years (1930s to 1960s), followed by chapters dedicated to each subsequent decade. Packed with profiles of key alumni alongside photography of their student work, and peppered with essays by guest-writers, this book will delight all fans and students of fashion.