This is Not Fashion: Streetwear Past, Present and Future 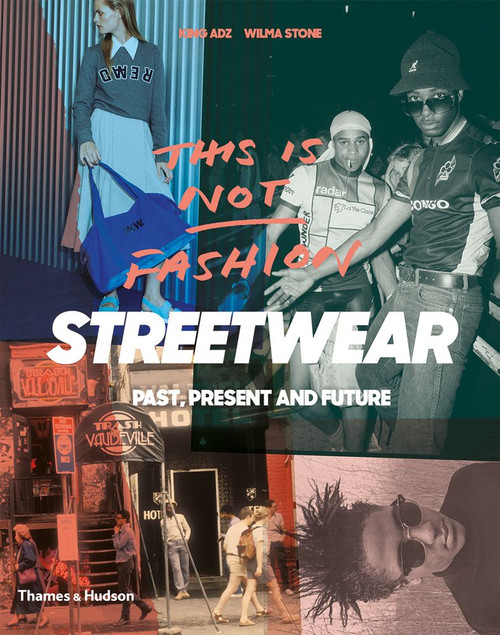 This is Not Fashion: Streetwear Past, Present and Future

This is the story of streetwear. King ADZ and Wilma Stone recount how a long line of subcultural movements have been incorporated into a multi-billion-dollar global industry and taken over both the high street and high-end fashion. Starting from the building blocks of repurposed sportswear, workwear and combat-wear, they explain just how it is that a revolutionary sartorial trend has evolved to encompass a vast range of disparate tribes, offering a powerful sense of belonging and identity to all.

The story begins in 1972, in Jersey City, USA, with the birth of the first ever streetwear shop, Trash and Vaudeville. The journey then encompasses punk, Ivy League preppies, the hip-hop kings and queens of Harlem, the dresser/casual movement born out of British football culture, the skater scene of California, the paninari scooter-brats of Milan, and much more. We are shown how streetwear, worn with integrity and swagger, has transcended culture, race, gender and age to become a lasting worldwide phenomenon.

Whether focusing on major brands such as St√ºssy, Carhartt, Tommy Hilfiger and SHUT or today's up-and-comers from South African townships or downtown Seoul, this dynamic study surveys the scene. It also takes a look at how the Internet era has changed the ways streetwear is sold and consumed, and how the field may evolve in the future. Packed with profiles of industry pioneers, Q&As with key figures and over 300 illustrations, this is the complete history of fashion's fastest-growing and most influential movement.

The Art of Earth Architecture: Past, Present, Future

Cassette Culture: The Past and Present of a Musical Icon

Women in Architecture: Past, Present, and Future

Seed Money: Monsanto's Past and Our Food Future

Queer London: A Guide to the City's LGBTQ+ Past and Present