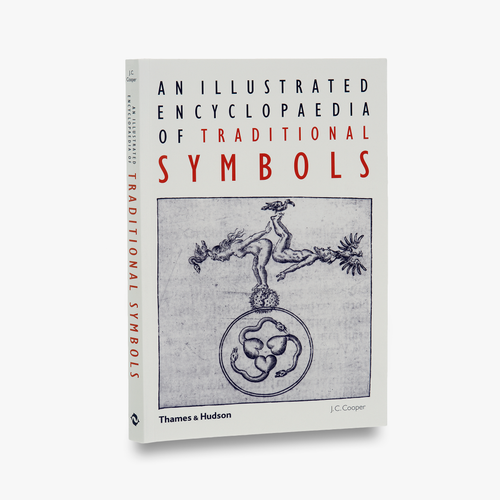 A rare encyclopaedia of symbols and symbolisms

People all over the world have always used symbols to express and communicate the things that mean most to them. From a country's flag, which can signify more than patriotism, to a charm bracelet, with its 'portable memories', symbolism takes various forms. Familiarity with symbolism opens up levels of understanding most of us have probably never been aware of. Why, for instance, do we share a secret with the words 'a little bird told me'? What is it about a horseshoe that, in the right circumstances, brings luck? Why a horse's shoe? How old is the swastika, and where has it been used as a symbol (and what was Jung getting at when he said the Nazi's used it 'backwards')?

In nearly 1500 entries, many of them strikingly and often surprisingly illustrated, J.C. Cooper has documented the history and evolution of symbols from prehistory to our own day. Lively, informative and often ironic, she discusses and explains an enormous variety of symbols extending from the Arctic to Dahomey, from the Iroquios to Oceania, and coming from systems as diverse as Tao, Christianity, Judaism, Buddhism, Islam, Tantra, the cult of Cybele and the Great Goddess, the Pre-Columbian religions of the Western Hemisphere and the Voodoo cults of Brazil and West Africa.

'Entries are succinct, erudite and cover many cultures'  − Financial Times

Jean C. Cooper (1905-1999) was born in China where she spent much of her childhood. Informed by the perspective of the Perennial Philosophy, she wrote and lectured extensively on the subjects of philosophy, comparative religion, and symbolism.

Symbols of the Occult

Clemens Ascher: There is no Release from the Brain Police