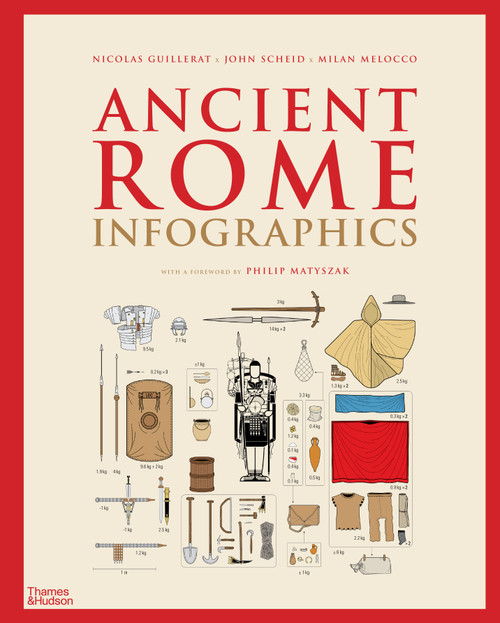 Packed with cleverly designed graphics, charts and diagrams, Ancient Rome: Infographics uses data visualization to tell the epic tale of the city of Rome and its empire. Every aspect of the Roman world is explored, from the birth of the Republic to the imperial dynasties, from the political and legal system to Rome’s military might. Drawing on international sources, this complex history is made clear and comprehensible to modern readers, while offering the insights and rigour that historians demand.

Original, accessible and fascinating, Ancient Rome: Infographics will delight history buffs, graphic design aficionados, and everyone seeking an overview of a civilization that shaped the world.


About the Author
Nicolas Guillerat is a data designer and graphic artist, and the author of World War II: Infographics. John Scheid is Emeritus Professor at the Collège de France, and the author of An Introduction to Roman Religion, The Craft of Zeus and The Gods, the State and the Individual. Milan Melocco has a doctorate in history from the Sorbonne University.

The World Explained in 264 Infographics