Napoleon’s Plunder and the Theft of Veronese’s Feast 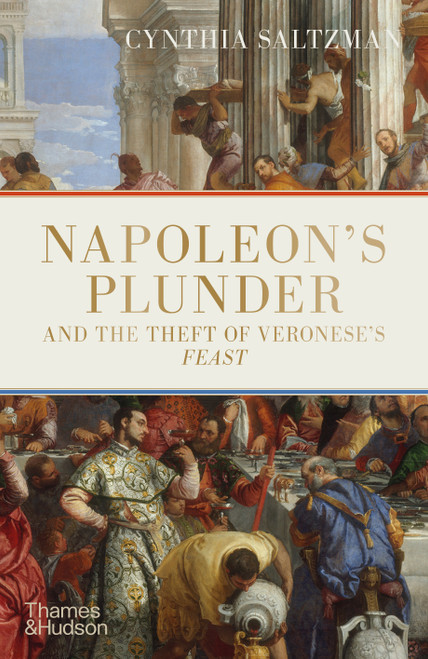 Napoleon’s Plunder and the Theft of Veronese’s Feast

'Taking without taste, without choice, is ignorance and near vandalism.’
— The French Directory to Napoleon Bonaparte, 1796

Napoleon’s Plunder chronicles one of the most spectacular art appropriation campaigns in history and, in doing so, sheds new light on the complex origins of what was once called the Musée Napoléon, now known as the Louvre.

In 1796, four years after the founding of the First French Republic and only two days after his marriage to Josephine de Beauharnais, Napoleon Bonaparte left Paris to take command of his first campaign in Italy, aged only twenty-six. One year later, Napoleon’s army was in Venice and his commissioners were determining which great Renaissance artworks to bring back to France. Among the paintings the French chose was The Wedding Feast at Cana by Paolo Veronese, a vast masterpiece that had hung in the refectory of San Giorgio Maggiore since it was painted in 1563.

Once pulled from the wall, the Venetian canvas crossed the Mediterranean packed among paintings commandeered from Venice and made its way by river and canal to Paris where Napoleon gathered his spoils of war – treasures from the cities of Rome, Milan, and later Berlin and Vienna. In 1801 the Veronese was placed on triumphant display in the Louvre, the former palace of the French kings, which had been transformed into a public museum that ostensibly belonged to the French people, but which also functioned as a monument to Napoleon’s power.

Saltzman interweaves the stories of Napoleon’s military campaigns, uncovering the treaties through which he obtained his loot, with the histories of the plundered works themselves, exploring how these masterpieces came into being. As much as a story of military might, this is an account of one of the most ambitious cultural projects ever conducted.

With 46 illustrations, 14 in colour

The Eternal Feast: Banqueting in Chinese Art from the 10th to the 14th Century