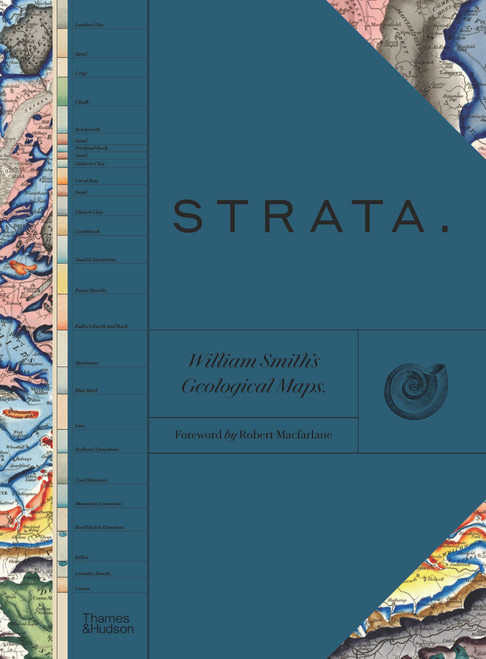 This sumptuous and comprehensive evaluation showcases Smith¬ís 1815 hand-coloured map, A Delineation of the Strata of England and Wales, with part of Scotland, and illustrates the story of his career, from apprentice to fossil collector and from his 1799 geological map of Bath and table of strata to his detailed stratigraphical county maps.

The introduction places Smith¬ís work in the context of earlier, concurrent and subsequent ideas regarding the structure and natural processes of the earth. The book is then organized into four geographical sections, each beginning with four sheets from the 1815 strata map, accompanied by related geological cross sections and county maps (1819¬ñ24), and is followed by displays of Sowerby¬ís fossil illustrations (1816¬ñ19) organized by strata. Interleaved between the sections are essays by leading academics that explore the aims of Smith¬ís work, its application in the fields of mining, agriculture, cartography, fossil collecting and hydrology, and its influence on biostratigraphical theories and the science of geology. Concluding the volume are reflections on Smith¬ís later work as an itinerant geologist and surveyor, plagiarism by his rival ¬ñ President of the Geological Society, George Bellas Greenough ¬ñ receipt of the first Wollaston Medal in 1831 in recognition of his achievements, and the influence of his geological mapping and biostratigraphical theories on the sciences, culminating in the establishment of the modern geological timescale.