The Celtic Myths that Shape the Way We Think 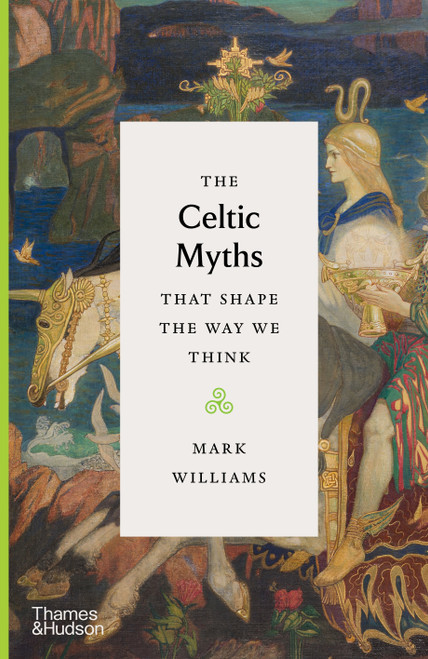 The Celtic Myths that Shape the Way We Think

How do myths that were deeply embedded in the customs and beliefs of their original culture find themselves retold and reinterpreted across the world, centuries or even millennia later? Focusing on ten myths that have had the greatest cultural impact and are the most relevant to our lives today, Mark Williams reveals the lasting influence of Celtic mythology, from medieval literature to the modern fantasy genre. Ten chapters recount the myths and explore the lasting influence of legendary figures including King Arthur, the Celtic figure who paradoxically became the archetypal English national hero; Cú Chulainn, the hero of the Táin, Ireland’s great medieval epic, who became a symbol of the reborn Irish nation; the Irish and Scottish hero Finn, who as ‘Fingal’ caught the imagination of Napoleon, Goethe and Mendelssohn; and the Welsh mythical figure Blodeuwedd, magically created from flowers of the oak, who inspired Yeats.

Williams also explores the contentious use of mythic imagery in nationalist ideology, and how characters and concepts from Celtic legends have been relevant to past and present discussions on national identity. His elegantly written retellings capture the beauty of the original myths while also delving deeper into the history of their meanings, offering the reader an intelligent and engaging take on these powerful stories. Beautiful illustrations of the artworks these myths have inspired over the centuries are presented in a colour-plates section and in black-and-white within the text.

Mark Williams' mythological expertise and captivating writing style makes this book essential reading for anyone who appreciates the myths that have shaped our artistic and literary canons and continue to inspire today.

Civilization: The Way We Live Now

This Book Thinks You're an Artist