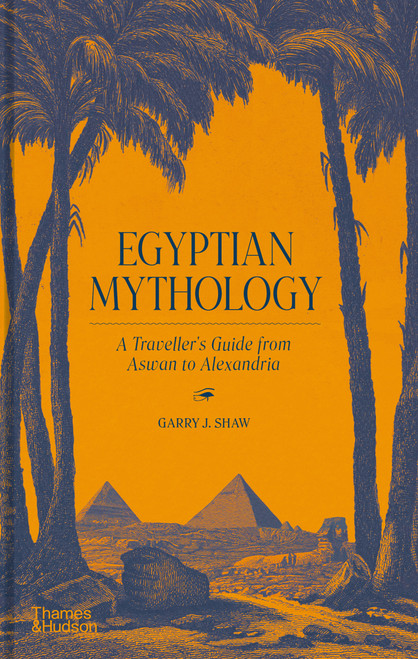 Garry J. Shaw guides us on an entertaining and inventive tour up the Nile, through a beautiful and fascinating landscape populated with a rich mythology: the stories of Horus, Isis, Osiris and their enemies and allies, stories of vengeance, tragedy and fantastic metamorphoses. This traveller’s guide to mythology not only retells these stories but re-connects them to the temples and monuments that still stand today, offering a fresh look at the most visited sites of Egypt.

Each chapter begins with an evocative description of the location and a beautiful specially commissioned illustration of the landscape – including the magnificent sites of Dendera, Tell el-Amarna, Edfu and Thebes. This is followed by a profile on the gods that were worshipped there and retellings of associated myths and stories that formed the backdrop to the rituals and customs of everyday life, illustrated in 2-colour throughout. The gods and goddesses were as much a part of the environment as the deserts, fields and oases. Shaw ends each chapter with some practical information about visiting the sites today.

The myths of ancient Egypt have survived in fragments of ancient hymns and paintings on the walls of tombs and temples. Garry Shaw brings these stories to life: the creation of the world and the underworld, the complicated family relationships of the gods, rivalries between powerful magicians and pharaohs, and the legends of the Sphinx. This is the perfect companion to the myths of ancient Egypt and the landscapes, gods and goddesses that shaped them.

With 58 illustrations in colour, plus 1 map

The Traveller's Guide to Classical Philosophy

The Egyptian Myths: A Guide to the Ancient Gods and Legends