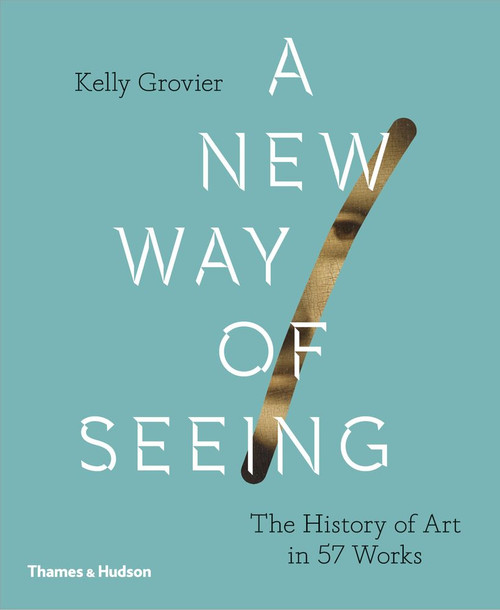 What makes great art great? Why do some works pulse in the imagination generation after generation, century after century? From Botticelli's Birth of Venus to Picasso's Guernica, some paintings and sculptures have become so famous, so much a part of who we are, we no longer really look at them. We take their greatness for granted; our eyes have become near-obsolete. We need a new way of seeing.

Unsatisfied with traditional, hand-me-down interpretations of these masterpieces interested only in learning about art, and not from it, Kelly Grovier combed the surface of revered works from the Terracotta Army of the First Qin Emperor to Frida Kahlo's self-portraits. What did he find? The key to their enduring power to move and delight us. He discovered that every truly great work is hardwired with an underappreciated detail, a flourish of strangeness, that ignites it from deep inside.

From a carved mammoth tusk (c. 40,000 bce) to Duchamp's Fountain (1917), and Bosch's Garden of Earthly Delights (1505-10) to Louise Bourgeois's Maman (1999), a remarkable lexicon of astonishing imagery has imprinted itself onto cultural consciousness over the past 40,000 years - a resilient visual vocabulary whose meaning has proved elastic and endlessly renewable from era to era.

It is to these works that Kelly Grovier devotes himself in this radical new art history. Stepping away from biography, style and the chronology of 'isms' that preoccupies most art history to focus on the artworks themselves, Grovier tells a new story in which we learn from the artworks, not just about them. Looking closely at each work, he identifies an 'eye-hook' - the part of the artwork that 'bridges the divide between art and life, giving it palpable purpose and elevating its value beyond the visual to the vital' - and encourages us to squint through this narrow aperture to perceive the work's truest meanings. This book is unique in emphasizing the durability of what is made over the ephemerality of its making and serves as a rejoinder to a growing sensibility that conceives of artists as brands and the works they create as nothing more than material commodities to hoard, hide, and flip for profit.

Lavishly illustrated with many of the most breathtaking and enduring artworks ever created, as well as many that inspired or took inspiration from them, this refreshing book will spark a debate about how it is that artworks articulate who we are and what it means to be alive in the world.

Wilhelm Leibl: The Art of Seeing

Helen Levitt: A Way of Seeing