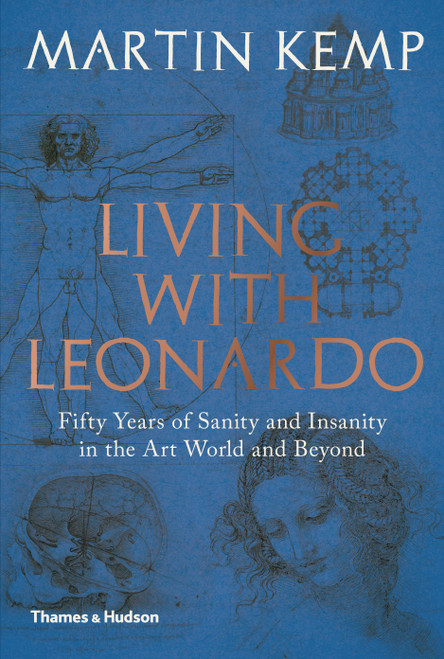 Living with Leonardo is a set of highly focused memoirs, a personal journey interwoven with historical research that encapsulates the author¬ís relationship with Leonardo da Vinci over more than half a century.

We learn of his encounters with the vast population that surrounds Leonardo: great and lesser academics, collectors and curators, devious dealers and unctuous auctioneers, major scholars and authors and pseudohistorians and fantasists; but also how he has grappled with swelling legions of ¬ëLeonardo loonies¬í, walked on the eggshells of vested interests in academia and museums, and fended off fusillades of non-Leonardos, sometimes more than one a week. Kemp leads us through his thinking on the Last Supper and the Mona Lisa, retells his part in the identification of the stolen Buccleuch Madonna and explains his involvement with and his theories on the two major Leonardo discoveries of the last 100 years, one of which plummeted into controversy (La Bella Principessa), while the other underwent a rapid ascent into widespread acceptance (Salvator Mundi). We learn firsthand of the thorny questions that surround attribution, the scientific analyses that support the experts¬í interpretations, and the continuing importance of connoisseurship.

Throughout, from the most scholarly interpretations to the popularity of Dan Brown¬ís Da Vinci Code, we are reminded of Leonardo¬ís rare genius and wonder at how an artist from 500 years ago continues to make such compelling posthumous demands on all those who engage with him.

A Year in the Art World

Madness in Civilization: A Cultural History of Insanity from the Bible to Freud, from the Madhouse to Modern Medicine