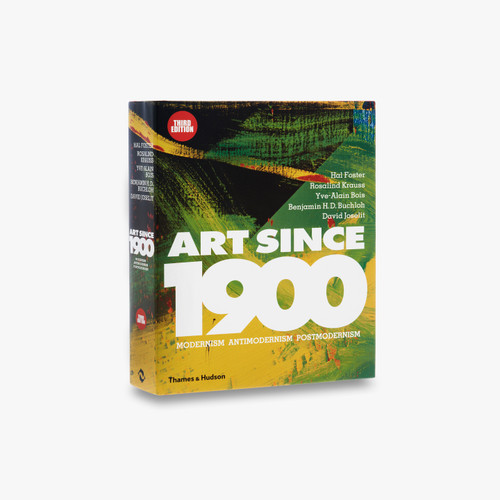 Groundbreaking in both its content and its presentation, Art Since 1900 has been hailed as a landmark study in the history of art. Conceived by some of the most influential art historians of our time, this extraordinary book has now been revised, expanded and brought right up to date to include the latest developments in the study and practice of art. It provides the most comprehensive critical history of art in the twentieth and twenty-first centuries ever published.

With a clear year-by-year structure, the authors present 130 articles, each focusing on a crucial event – such as the creation of a seminal work, the publication of an important text, or the opening of a major exhibition – to tell the myriad stories of art from 1900 to the present. All the key turning-points and breakthroughs of modernism and postmodernism are explored in depth, as are the frequent antimodernist reactions that proposed alternative visions. This third edition includes a new introduction on the impact of globalization, as well as essays on the development of Synthetic Cubism, early avant-garde film, Brazilian modernism, postmodern architecture, Moscow conceptualism, queer art, South African photography, and the rise of the new museum of art.

The book's flexible structure and extensive cross-referencing enable readers to plot their own course through the century and to follow any one of the many narratives that unfold, be it the history of a medium such as painting, the development of art in a particular country, the influence of a movement such as Surrealism, or the emergence of a stylistic or conceptual body of work such as abstraction or minimalism. Illustrating the text are reproductions of almost eight hundred of the canonical (and anti-canonical) works of the century. A five-part introduction sets out the methodologies that govern the discipline of art history, informing and enhancing the reader's understanding of its practice today. Two roundtable discussions consider some of the questions raised by the preceding decades and look ahead to the future. Background information on key events, places and people is provided in boxes throughout, while a glossary, full bibliography and list of websites add to the reference value of this outstanding volume.

Acclaimed as the definitive work on the subject, Art Since 1900 is essential reading for anyone seeking to understand the complexities of art in the modern age.

Interior Design Since 1900 (World of Art)

A Little History of Economics