On the Line: Conversations with Sean Scully 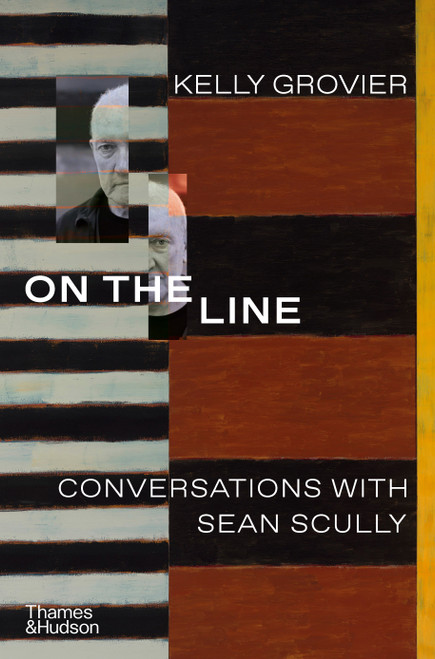 On the Line: Conversations with Sean Scully

A unique insight into the life and art of Sean Scully, an internationally celebrated artist and creative practitioner at the height of his powers.

Sean Scully’s paintings of brushy stripes and blocks of sumptuous colour are critically acclaimed and widely admired. Less well known is what a gifted storyteller and profound commentator on the history of art he is. In this fascinating book, the record of countless hours of conversations with Scully’s friend, the art critic Kelly Grovier, the painter reflects on his extraordinary journey – from homelessness on the streets of Dublin in the mid-1940s to his current position as one of the most important abstract artists working today.

In these revealing conversations, Scully recalls with poignancy and wit his rough-and-tumble childhood in London (where his family moved when he was a toddler), his tenacity in the face of rejection from nearly every art school in England, and his rise to prominence in New York in the 1980s.

Illustrated throughout with images that capture both the artist and his work, this volume explores Scully’s relationship with past masters, from Rembrandt to Rothko, and delves deep into his eventual rejection in the late 1970s of minimalism – the dominant force in abstract art at the time. Punctuated throughout by passionately recounted stories of struggle and loss, perseverance and triumph, the portrait that emerges from these pages is at once intimate and surprising. The book reflects the scope of Scully’s broad interests and opinions, with segments devoted not only to his attitudes towards the art world and his most significant works, but also culture, politics and philosophy. Scully communicates with a raw pugnacity that is every bit as hard-hitting as his big brushstrokes.

With 146 illustrations in colour


About the Author
Kelly Grovier is a feature writer for BBC Culture and the author of several acclaimed studies of art, including 100 Works of Art That Will Define Our Age, Art Since 1989 and A New Way of Seeing: The History of Art in 57 Works, published by Thames & Hudson. His writings have appeared in the Times Literary Supplement, The Independent, the Sunday Times, the Observer, the RA Magazine and Wired magazine. His history of London’s Newgate Prison, The Gaol, was a BBC Radio 4 ‘Book of the Week’. He is co-founder of the scholarly journal European Romantic Review.

Sean Scully - The Shape of Ideas

Between the Lines: Critical Writings on Sean Scully  The Early Years