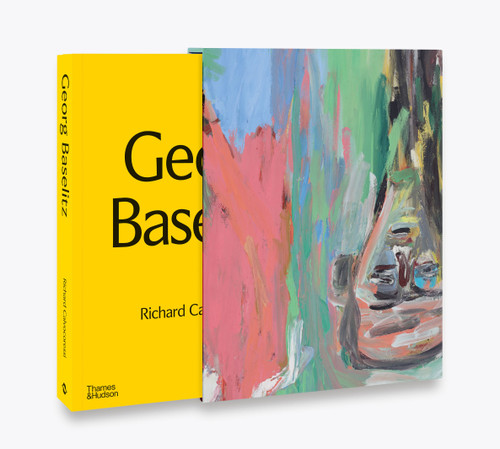 A prolific artist with a protean output, Georg Baselitz has rethought the conventions of a range of media, predominantly painting and sculpture, over the course of a career of some sixty years. Born in 1938, Baselitz was expelled from art school in East Berlin in 1956 for ‘socio-political immaturity’, and moved to the western half of the city. By the late 1950s, he had rejected the dominant tendencies of both sides of the country and his singular achievement was to reintroduce the figure, compromised and discredited though it was by both Nazism and Communism, into art. By drawing attention to art by ‘outsiders’, such as psychiatric patients, and invoking a Parisian model of existentialist art and literature, Baselitz proposed an alternative European tradition that did not eliminate the human subject.

In alluding later to movements in German painting such as Expressionism as well as to artists like Munch, he also consciously rehabilitated the kind of art that was condemned by Hitler as ‘degenerate’. The book follows the development of Baselitz’s unique style from his earliest work through to the most recent creations of his eighth decade. Calvocoressi’s masterful construction of a chronological narrative helps us to evaluate Baselitz’s work in terms of the disruptions of his life – historical upheavals witnessed alongside an astonishing career.

The Fashion Yearbook 2021: Best of Campaigns, Editorials, and Covers

The Best Nights of Your Life: The Original Jagermeister Book

If I Had an Octopus (Hardback ver.)