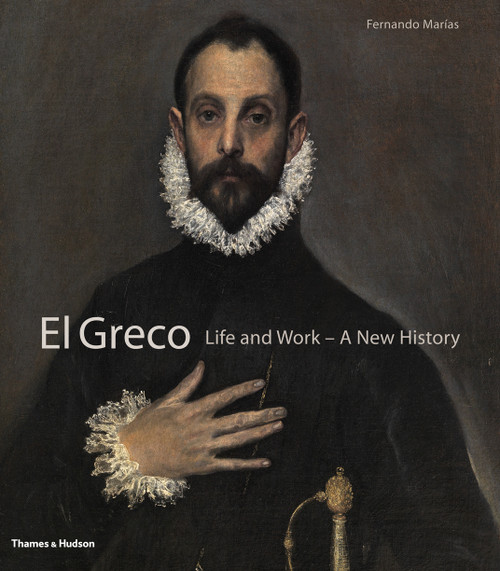 Domenikos Theotokopoulos, known to us as El Greco, was one of the seminal figures of the Spanish Golden Age. This magnificent volume, published to mark the four hundredth anniversary of the artist¬ís death, features superb new photographs of recently cleaned and restored paintings, revealing hitherto unknown facets of his art. Born in Crete in 1541 under Venetian rule, raised in the iconographic traditions of Byzantine art, and acquainted with both Greek Orthodox and Roman Catholic practice, El Greco journeyed to Venice and Rome in the late Renaissance, before finding patronage in Spain at the court of Philip II. He was a painter not only of religious subjects but also of idiosyncratic portraits executed in his own uniquely dramatic and expressionistic style. He spent approximately half his life in Toledo, a city with which his name has become indelibly linked, although he was never fully accepted and was known there as a disputatious outsider. All this and more is detailed in this thorough, richly illustrated book, in which the artist¬ís works are reproduced following their recent major cleanings and restorations, which have revealed hitherto unknown facets of his art.