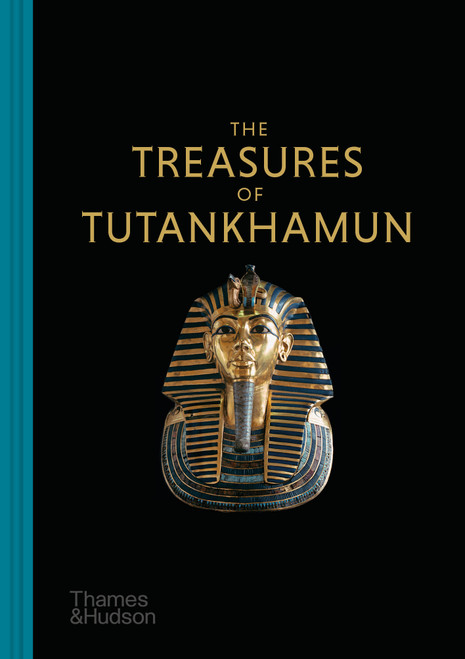 This beautifully illustrated book brings to life the greatest treasures from the tomb of Tutankhamun. Fifty of the most important objects on display today are each accompanied by a short, accessible text giving the reader just enough information to understand their relevance and importance while retaining a sense of wonder at these ancient artefacts.

Each carefully selected object is presented with a full/page colour image and a facing text explaining what the object is, where it was found and why it was buried with the young Pharaoh. There are quotes throughout the text from Howard Carter on his discovery of the tomb in 1922. An introduction by the esteemed Egyptologist Garry Shaw gives a brief overview of the history of ancient Egypt and sets out what we know about the life and times of the young king. He offers a graphic depiction of the dramatic story of the discovery and opening of the tomb by Howard Carter in 1922, and touches on the latest theories and scientific work that has taken place, as well as explaining what is still left to be discovered and the controversial nature of some of the latest interpretations.

This is the perfect pocket/sized companion for anyone visiting the Tutankhamun exhibition travelling around the world, the New Egyptian Museum in Giza or any of the renowned collections of Egyptology in museums across the world.

With 92 illustrations, 80 in colour

About the Author
Dr Garry J. Shaw is an Egyptologist, author and journalist, whose books include The Egyptian Myths: A Guide to the Ancient Gods and Legends. Writing on archaeology and world heritage, his articles have appeared in various newspapers and magazines, including The Art Newspaper, Apollo and Science Magazine’s online news. He also teaches online Egyptology as a part/time tutor for Oxford University's Department for Continuing Education. Shaw has taught at the American University in Cairo and the Egypt Exploration Society, London. He has also worked for archaeological projects in Egypt, Turkey and the UK.