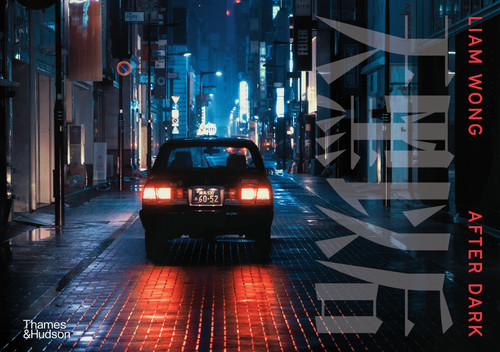 In this singular photographic publication, Liam Wong weaves together a series of cinematic images that reveal the people and places, the slivers of life, that inhabit the mysterious space of night-time cities. Through his previous work as a videogame designer, Wong learned that ‘real life is just as potent, bizarre and interesting as things we can imagine’. From Hong Kong and Seoul to London and Edinburgh, After Dark reveals shadowy cityscapes through the eyes of the insomniac artist.

For centuries, artists have found both solace and fruitfulness in solitude. Through sleepless and solitary nights, After Dark explores the phenomenon of loneliness in city life, capturing urban interstices between dusk and dawn: the eerie emptiness of London’s Piccadilly Circus at 4:00 a.m., Seoul’s late-night taxi drivers moving along hushed roads and birds sharing the warmth of a neon sign in Hong Kong’s TSM District – mysterious silhouettes representing lives lived in shadow, portrayed as intricate cinematic visions, all before the sun rises.

Building on the success of his first monograph, TO:KY:OO, Wong widens his lens to capture the night in the world’s most exciting cities. From workers leaving their night shifts to empty streets illuminated by neon signs, Wong charts the hours of darkness as populated scenes become deserted ones. The book’s photography – framed to specific film ratios – is imbued with a cinematic intensity underscored by Wong’s interest in film, while its themes are amplified through specially commissioned Chinese characters that pay homage to the works of celebrated Chinese director Wong Kar Wai.

Liam Gillick: Half a Complex

After The Australian Ugliness

Linus Riepler: After the Excitement