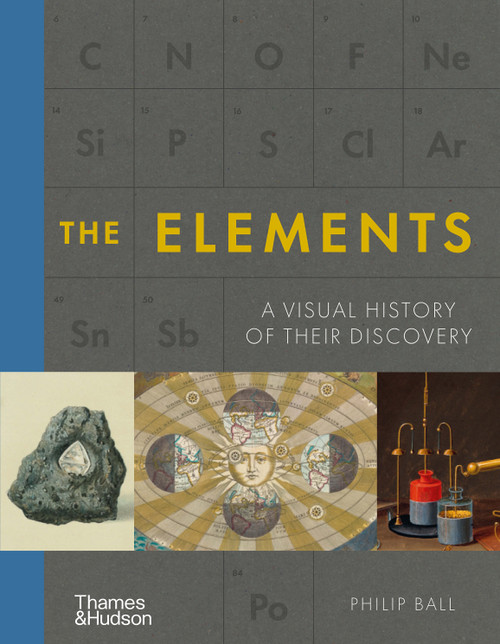 This book offers a largely chronological illustrated guide to how the chemical elements were discovered over the past three millennia. It provides a view not just of how we came to understand what everything is made of but also of how chemistry developed from a trial/and/error craft of making and transforming substances into a rational modern science that provides us with new materials, drugs, and much else.

While other books have described the properties of the chemical elements and often delved into their histories, none has done so in this highly visual manner. The closest comparison is Theodore Gray’s illustrated book The Elements / but this does not take a historical approach as this does here. The pictorial material for this subject is very rich, including some gorgeous alchemical documents as well as portraits, colour charts, woodcuts of mining, artefacts such as John Dalton’s wooden balls, advertisements (for example, for radium 'cures') and postage stamps.

The book contains separate short sections for each element or groups of related elements, which are gathered into several sections to order the sequence into several chronological eras of element discovery. Included are short 'interludes' (or 'feature spreads') presenting important intellectual milestones in how we think about elements.

About the Author
Philip Ball has written more than 20 books on scientific topics, including Elegant Solutions: Ten Beautiful Experiments in Chemistry (which was awarded the Dingle Prize for books by the British Society for the History of Science), Critical Mass (which won the Aventis Science Books award in 2005), and A Very Short Introduction to The Elements, one of the VSI series from Oxford University Press. Philip is a presenter of the science history series Science Stories on BBC Radio 4. He holds a BA in Chemistry from the University of Oxford and a PhD in Physics from the University of Bristol, and is a Fellow of the Royal Society of Chemistry and a board member of its magazine Chemistry World, in which he writes a regular column.

The Poster: A Visual History

This is What Democracy Looked Like: A Visual History of the Printed Ballot