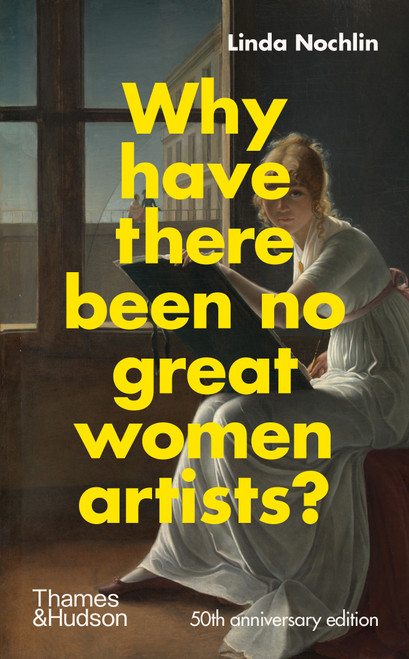 The 50th anniversary edition of the first major work of feminist art history, published together with the author’s reflections three decades on

Linda Nochlin’s seminal essay on women artists is widely acknowledged as the first real attempt at a feminist history of art. Nochlin refused to handle the question of why there had been no ‘great women artists’ on its own, corrupted, terms. Instead, she dismantled the very concept of ‘greatness’, unravelling the basic assumptions that had centred a male-coded ‘genius’ in the study of art. With unparalleled insight and startling wit, Nochlin laid bare the acceptance of a white male viewpoint in art historical thought as not merely a moral failure, but an intellectual one. Freedom, as she sees it, requires women to risk entirely demolishing the art world’s institutions, and rebuilding them anew – in other words, to leap into the unknown.

In this stand-alone anniversary edition, Nochlin’s essay is published alongside its reappraisal, ‘Thirty Years After’. Written in an era of thriving feminist theory, as well as queer theory, race and postcolonial studies, ‘Thirty Years After’ is a striking reflection on the emergence of a whole new canon. With reference to Joan Mitchell, Louise Bourgeois, Cindy Sherman and many more, Nochlin diagnoses the state of women and art with unmatched precision and verve. ‘Why Have There Been No Great Women Artists?’ has become a slogan and rallying cry that resonates across culture and society; Dior even adopted it in their 2018 collections. In the 2020s, at a time when ‘certain patriarchal values are making a comeback’, Nochlin's message could not be more urgent: as she herself put it in 2015, ‘there is still a long way to go’.

A Past of Possibilities: A History of What Could Have Been

Militant Muse: Love, War and the Women of Surrealism