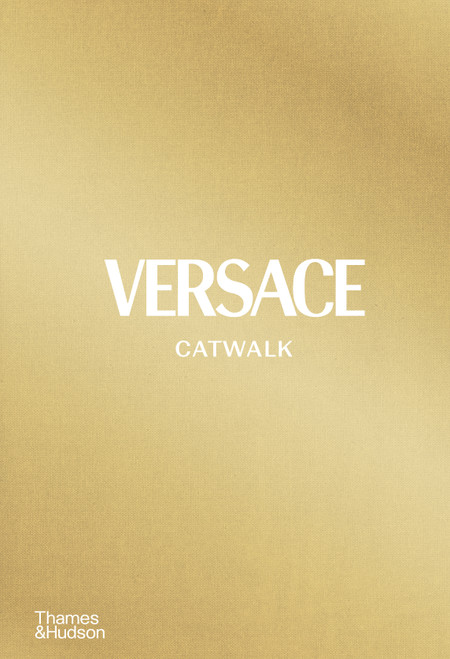 Founded by Gianni Versace in 1978, the family/run fashion house soon grew into a symbol of high glamour and luxury known the world over, dressing the biggest personalities of the 1980s and 1990s, from Madonna to Princess Diana. After Gianni Versace’s tragic death in 1997, his sister Donatella became artistic director of the brand, steering it into the 21st century and cementing its legendary status for new generations of fans.

This definitive publication opens with a concise history of the house, followed by brief biographical profiles of Gianni Versace and Donatella Versace, before exploring the collections themselves, organized chronologically. Each collection is introduced by a short text unveiling its influences and highlights, and illustrated with carefully curated catwalk images that showcase hundreds of spectacular clothes, details, accessories, beauty looks and set designs – and, of course, the top fashion models who wore them on the runway, from Naomi Campbell and Claudia Schiffer to Jennifer Lopez and Kaia Gerber. A rich reference section, including an extensive index, concludes the book.

With 1200 illustrations in colour

About the Author
Tim Blanks is editor/at/large of The Business of Fashion. During his 30/year career in fashion he has written for the industry’s most significant titles, including Vogue, GQ, the Financial Times and Fantastic Man. He is the author of The World of Anna Sui and has contributed to titles including Alexander McQueen: Savage Beauty, Versace and Dries Van Noten 1/100.