Takenobu Igarashi: A to Z 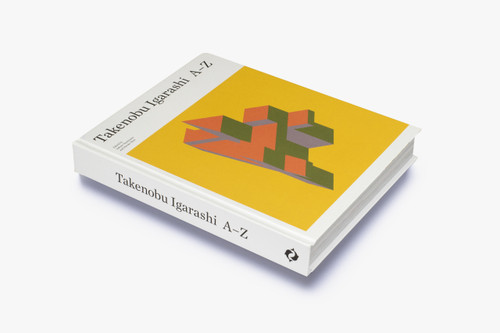 Takenobu Igarashi: A to Z

¬ëTakenobu Igarashi is a master-mentor who taught me the ABCs of form (and life)¬í
John Maeda
In the mid-1970s designer Takenobu Igarashi began a prolific, decade-long exploration into possibilities of three-dimensional typography. His first experiments with axonometric lettering appeared on magazine covers, posters, and record sleeves ¬ñ taking influence from the avant garde typography of the 1920s but rendered afresh as bold sculptural letterforms. Timeless, arresting, and technically dazzling, Igarashi¬ís signature style demonstrates a mastery of three-dimensional type and perspective draftsmanship, refined long before the introduction of computers into the design industry.
A to Z offers an exhaustive guide to Igarashi¬ís experiments with typography, featuring not only his celebrated print and physical works ¬ñ many photographed specially for this publication ¬ñ but also a first look, using never before seen archival work, at the plans, drawings and production drafts behind his iconic works. Spanning early print works, hand-drawn experiments, self-initiated sculptural pieces, and highprofile 3D identities for a range of international clients and institutions, A to Z is a long overdue overview of one of the most revered but least celebrated graphic designers of the 20th century.

A to Z: The Untold Stories Of Our Names