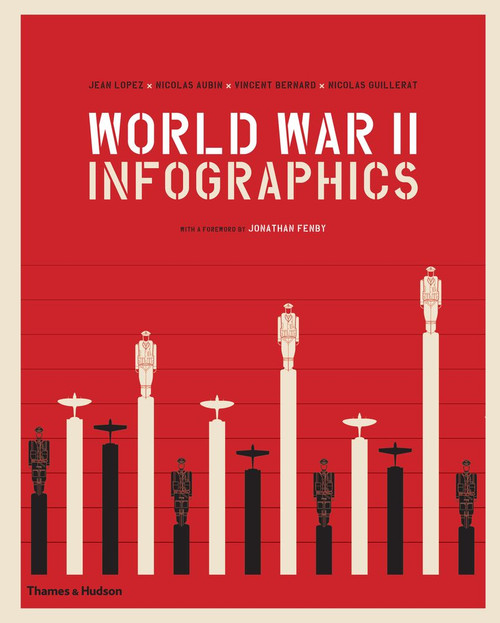 The mass of available data about World War II has never been as large as it is now, yet it has become increasingly complicated to interpret it in a meaningful way. Packed with cleverly designed graphics, charts and diagrams, World War II: Infographics offers a new approach by telling the story of the conflict visually.

Encompassing the conflict from its roots to its aftermath, more than 50 themes are treated in great detail, ranging from the rise of the Far Right in pre-war Europe and mass mobilization, to evolving military tactics and technology and the financial and human cost of the conflict. Throughout, the shifting balance of power between the Axis and the Allies and the global nature of the war and its devastation are made strikingly clear.

Original, accessible and fascinating, World War II: Infographics will delight history buffs, graphic design aficionados, and everyone seeking an overview of the war that shaped the world as we know it.

We Are Feminist: An Infographic History of the Women's Rights Movement