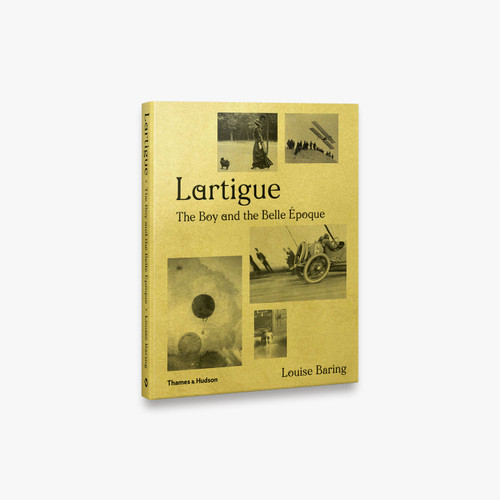 As a little boy of seven or eight, Jacques Henri Lartigue was given his first camera, and soon was developing his own photographs. Born into a prosperous family, from childhood Lartigue acutely observed the social rituals of the upper echelons of society through his photography. The hand-held Kodak camera, first introduced in 1888, granted the young photographer flexibility to capture the fine details of eccentric family members at home, the elaborate social parade in the Bois de Boulogne, on the beach in Normandy and beyond. Classic images of motor cars and high fashion sit alongside previously unpublished photographs from the Lartigue archive. These images of family beau-monde and demi-monde life are not only evidence of a prodigious talent, but also offer an intimate, adolescent perspective of Belle-√âpoque Paris, the world of Proust, Debussy and the Nabis, before the outbreak of the First World War.

At a young age Lartigue mastered the medium of photography: this exploration of his extraordinary childhood is interwoven with a social and cultural portrait of the Belle √âpoque. Bonnard and Vuillard used the camera as a reference point for painting, Eug√®ne Atget documented the architecture of the old Paris ahead of its developers, but Lartigue was the first to harness the immediacy of the snapshot, often capturing his subjects mid-gesture as in real life, creating a new visual language for the 20th century.

The Boy and the Whale