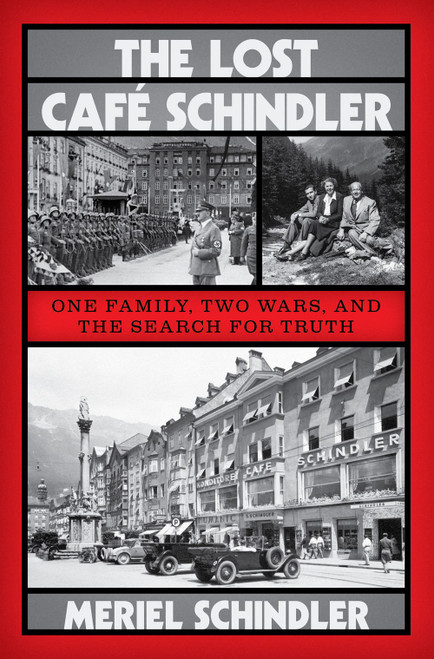 Meriel Schindler spent her adult life trying to keep her father, Kurt, at bay. But when he died in 2017, he left behind piles of Nazi-era documents related to her family's fate in Innsbruck, Austria, and a treasure trove of family albums reaching back to before World War I. Meriel was forced to confront not only their fractured relationship, but also the truth behind their family history. The Lost Cafe Schindler re-creates the journey of an extraordinary family, whose relatives included the Jewish doctor who treated Hitler's mother when she was dying of breast cancer; the Kafka family; and Alma Schindler, the wife of Gustav Mahler. The narrative centers around the Cafe Schindler, the social hub of Innsbruck. Famous for its pastries, home-distilled liquors, live entertainment, and hospitality, the restaurant attracted Austrians from all walks of life. But as conditions became untenable for Jews in Austria during the Nazi era, the Schindlers were forced to leave, and their cafe was expropriated. Meriel reconstructs the color and vibrancy of life in prewar Innsbruck against the majestic backdrop of the Austrian Alps, as well as the creeping menace and, finally, terror of the Nazi occupation. Ultimately, The Lost Cafe Schindler is a story of tragic loss-several relatives disappeared in Terezin and Auschwitz-but also one of reclamation and reconciliation. Beautifully written, it is an unforgettable portrait of an era and a testament to the pull of family history on future generations.

Sodom and Gomorrah: In Search of Lost Time, Volume 4

Claude Monet: The Truth of Nature