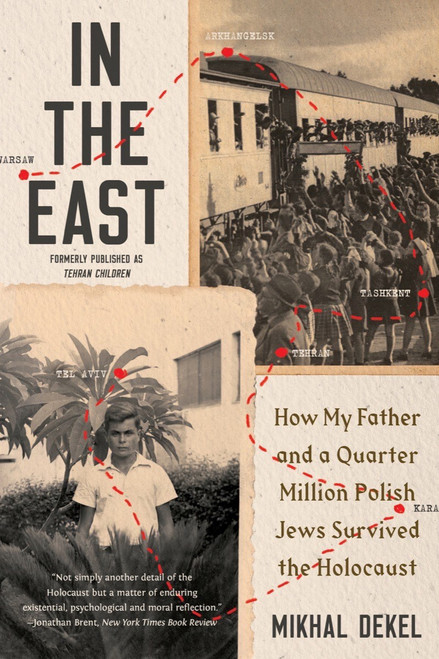 Rather than perish in Nazi-occupied Poland, more than a million Jews escaped to the Soviet Union. There they suffered deprivation in Siberian gulags and "Special Settlements" and then, once "liberated", journeyed to the Soviet Central Asian Republics. The majority lived out the war in Uzbekistan and Kazakhstan; some of them continued to Iran. The story of their suffering has rarely been told. Following in the footsteps of her father, one of a thousand refugee children who travelled to Iran and later to Palestine, Dekel fuses memoir with historical investigation in this account of the all-but-unknown Jewish refuge in Muslim lands. Along the way, Dekel reveals the complex global politics behind this journey, discusses refugee aid and hospitality, and traces the making of collective identities that have shaped the post-war world-the histories nations tell and those they forget.