Manual for Survival: An Environmental History of the Chernobyl Disaster 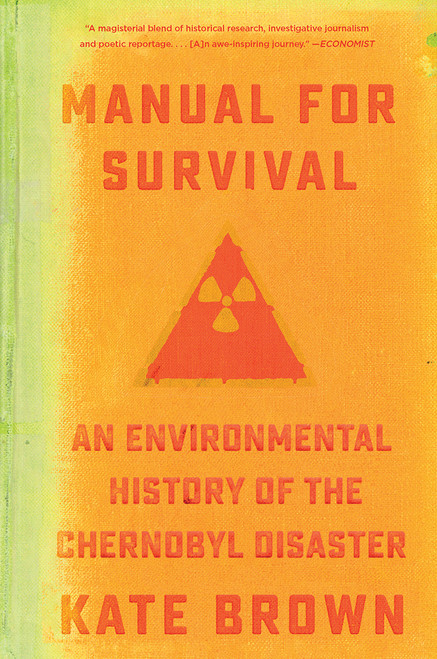 Manual for Survival: An Environmental History of the Chernobyl Disaster

Finalist for the 2019 National Book Critics Circle Award in Nonfiction "A magisterial blend of historical research, investigative journalism, and poetic reportage...[A]n awe-inspiring journey." -Economist After the Chernobyl nuclear disaster in 1986, international aid organizations sought to help the victims but were stymied by post-Soviet political roadblocks. Efforts to gain access to the site of catastrophic radiation damage were denied, and the residents of Chernobyl were given no answers as their lives hung in the balance. Drawing on a decade of archival research and on-the-ground interviews in Ukraine, Russia, and Belarus, Kate Brown unveils the full breadth of the devastation and the whitewash that followed. Her findings make clear the irreversible impact of man-made radioactivity on every living thing; and hauntingly, they force us to confront the untold legacy of decades of weapons-testing and other catastrophic nuclear incidents.