Trading with the Enemy: Britain, France, and the 18th-Century Quest for a Peaceful World Order 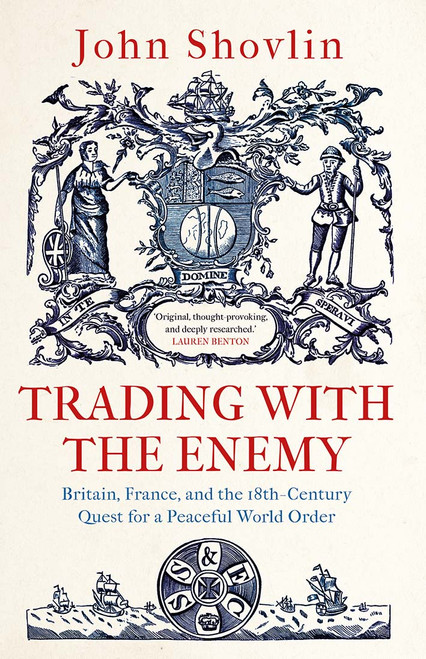 Trading with the Enemy: Britain, France, and the 18th-Century Quest for a Peaceful World Order

A ground-breaking account of British and French efforts to channel their eighteenth-century geopolitical rivalry into peaceful commercial competition Britain and France waged war eight times in the century following the Glorious Revolution, a mutual antagonism long regarded as a "Second Hundred Years' War." Yet officials on both sides also initiated ententes, free trade schemes, and colonial bargains intended to avert future conflict. What drove this quest for a more peaceful order? In this highly original account, John Shovlin reveals the extent to which Britain and France sought to divert their rivalry away from war and into commercial competition. The two powers worked to end future conflict over trade in Spanish America, the Caribbean, and India, and imagined forms of empire-building that would be more collaborative than competitive. They negotiated to cut cross-channel tariffs, recognizing that free trade could foster national power while muting enmity. This account shows that eighteenth-century capitalism drove not only repeated wars and overseas imperialism but spurred political leaders to strive for global stability.

The World New Made: Figurative Painting in the Twentieth Century

The Bookshop of the World: Making and Trading Books in the Dutch Golden Age