The Club: Johnson, Boswell, and the Friends Who Shaped an Age 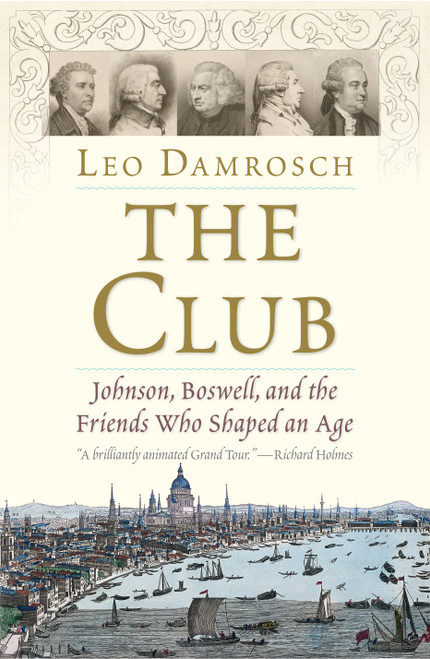 The Club: Johnson, Boswell, and the Friends Who Shaped an Age

Prize-winning biographer Leo Damrosch tells the story of "the Club," a group of extraordinary writers, artists, and thinkers who gathered weekly at a London tavern Named one of the 10 Best Books of 2019 by the New York Times Book Review * A Publishers Weekly Best Book of 2019 * A Kirkus Best Book of 2019 "Damrosch brings the Club's redoubtable personalities-the brilliant minds, the jousting wits, the tender camaraderie-to vivid life."-New York Times Book Review "Magnificently entertaining."-Washington Post In 1763, the painter Joshua Reynolds proposed to his friend Samuel Johnson that they invite a few friends to join them every Friday at the Turk's Head Tavern in London to dine, drink, and talk until midnight. Eventually the group came to include among its members Edmund Burke, Adam Smith, Edward Gibbon, and James Boswell. It was known simply as "the Club." In this captivating book, Leo Damrosch brings alive a brilliant, competitive, and eccentric cast of characters. With the friendship of the "odd couple" Samuel Johnson and James Boswell at the heart of his narrative, Damrosch conjures up the precarious, exciting, and often brutal world of late eighteenth-century Britain. This is the story of an extraordinary group of people whose ideas helped to shape their age, and our own.

The Boy Who Bit Picasso

The Boy Who Sprouted Antlers

The Multifarious Mr. Banks: From Botany Bay to Kew, The Natural Historian Who Shaped the World