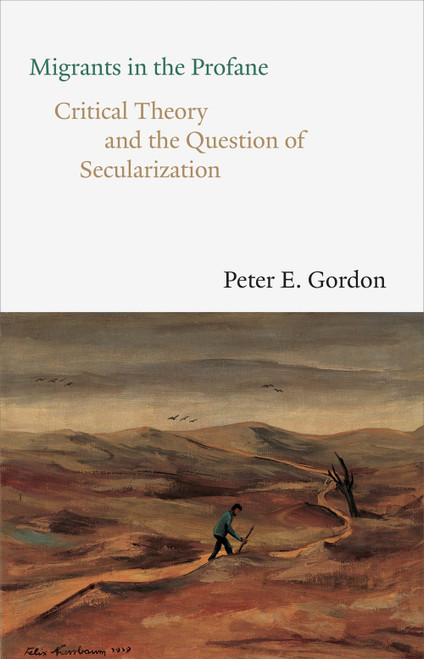 A beautifully written exploration of religion's role in a secular, modern politics, by an accomplished scholar of critical theory "Rich in historical background, illuminating in its comparative perspective, yet focused on the question of secularization and the normative resources of modernity-a joy to read."-Maeve Cooke, University College Dublin "Gordon writes with a controlled power, elegance, simplicity, and clarity that is a rare pleasure."-Max Pensky, Binghamton University Migrants in the Profane takes its title from an intriguing remark by Theodor W. Adorno, in which he summarized the meaning of Walter Benjamin's image of a celebrated mechanical chess-playing Turk and its hidden religious animus: "Nothing of theological content will persist without being transformed; every content will have to put itself to the test of migrating in the realm of the secular, the profane." In this masterful book, Peter Gordon reflects on Adorno's statement and asks an urgent question: Can religion offer any normative resources for modern political life, or does the appeal to religious concepts stand in conflict with the idea of modern politics as a domain free from religion's influence? In answering this question, he explores the work of three of the Frankfurt School's most esteemed thinkers: Walter Benjamin, Max Horkheimer, and Theodor W. Adorno. His illuminating analysis offers a highly original account of the intertwined histories of religion and secular modernity.