A World after Liberalism: Philosophers of the Radical Right 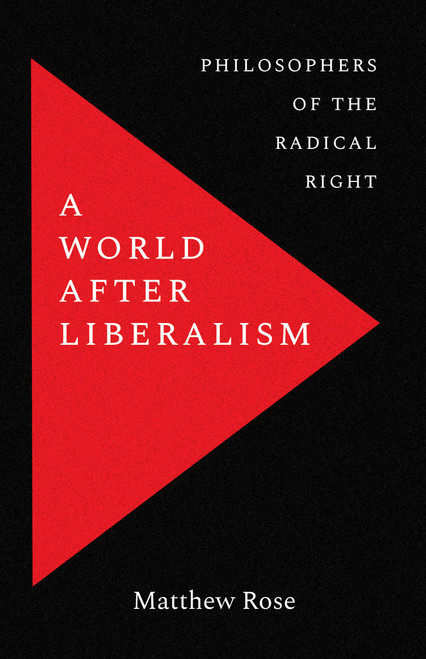 A World after Liberalism: Philosophers of the Radical Right

A bracing account of liberalism's most radical critics, introducing one of the most controversial movements of the twentieth century "One of the best discussions of the extreme right's intellectual foundations that I have ever read."-George Hawley, author of Making Sense of the Alt-Right "One of the best books I've read this year. . . . Its importance at this critical moment in our history cannot be overstated."-Rod Dreher, American Conservative In this eye-opening book, Matthew Rose introduces us to one of the most controversial intellectual movements of the twentieth century, the "radical right," and discusses its adherents' different attempts to imagine political societies after the death or decline of liberalism. Questioning democracy's most basic norms and practices, these critics rejected ideas about human equality, minority rights, religious toleration, and cultural pluralism not out of implicit biases, but out of explicit principle. They disagree profoundly on race, religion, economics, and political strategy, but they all agree that a postliberal political life will soon be possible. Focusing on the work of Oswald Spengler, Julius Evola, Francis Parker Yockey, Alain de Benoist, and Samuel Francis, Rose shows how such thinkers are animated by religious aspirations and anxieties that are ultimately in tension with Christian teachings and the secular values those teachings birthed in modernity.

The People's Revolt: Texas Populists and the Roots of American Liberalism

The Philosophers' Library: Books that Shaped the World

Vinyl World: You Spin me Right Round