The Age of Undress: Art, Fashion, and the Classical Ideal in the 1790s 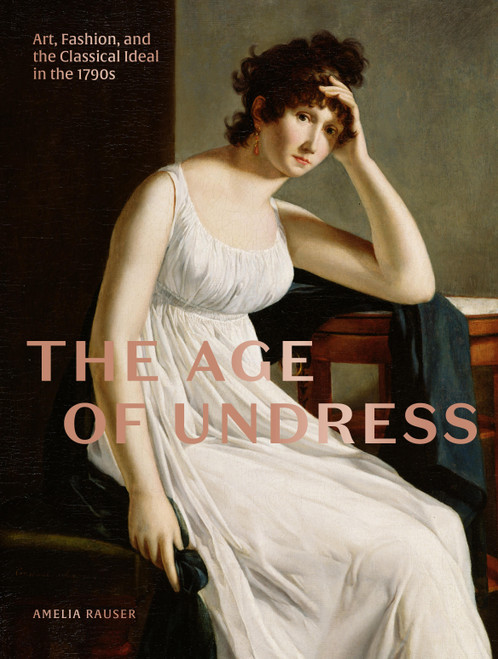 The Age of Undress: Art, Fashion, and the Classical Ideal in the 1790s

Neoclassicism recast as a feminine, progressive movement through the lens of empire-style fashion, as well as related art and literature The Age of Undress explores the emergence and meaning of neoclassical dress in the 1790s, tracing its evolution from Naples to London and Paris over the course of a single decade. The neoclassical style of clothing-often referred to as robe a la grecque, empire style, or "undress"-is marked by a sheer, white, high-waisted muslin dress worn with minimal undergarments, often accessorized with a cashmere shawl. This style represented a dramatic departure from that of previous decades and was short lived: by the 1820s, corsets, silks, and hoop skirts were back in fashion. Amelia Rauser investigates this sudden transformation and argues that women styled themselves as living statues, artworks come to life, an aesthetic and philosophical choice intertwined with the experiments and innovations of artists working in other media during the same period. Although neoclassicism is often considered a cold, rational, and masculine movement, Rauser's analysis shows that it was actually deeply passionate, with women at its core-as ideals and allegories, as artistic agents, and as important patrons.

Costume and Fashion (World of Art)

Back in Fashion: Western Fashion from the Middle Ages to the Present