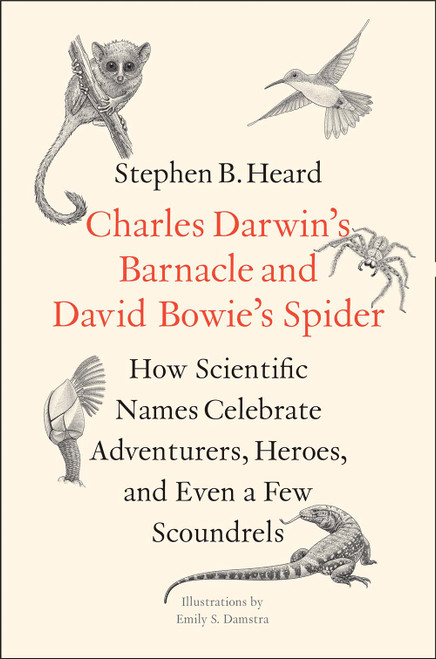 An engaging history of the surprising, poignant, and occasionally scandalous stories behind scientific names and their cultural significance, "More fun than you've ever had with taxonomy in your whole entire life!" (Diana Gabaldon, author of the Outlander series and PhD in Quantitative Behavioral Ecology) Ever since Carl Linnaeus's binomial system of scientific names was adopted in the eighteenth century, scientists have been eponymously naming organisms in ways that both honor and vilify their namesakes. This charming, informative, and accessible history examines the fascinating stories behind taxonomic nomenclature, from Linnaeus himself naming a small and unpleasant weed after a rival botanist to the recent influx of scientific names based on pop-culture icons-including David Bowie's spider, Frank Zappa's jellyfish, and Beyonce's fly. Exploring the naming process as an opportunity for scientists to express themselves in creative ways, Stephen B. Heard's fresh approach shows how scientific names function as a window into both the passions and foibles of the scientific community and as a more general indicator of the ways in which humans relate to, and impose order on, the natural world.