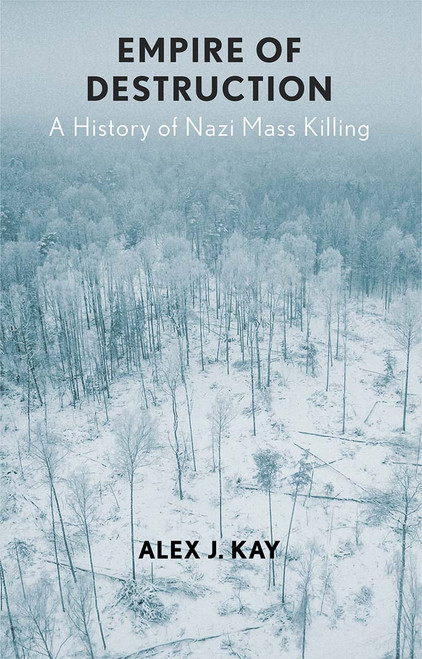 The first comparative, comprehensive history of Nazi mass killing - showing how genocidal policies were crucial to the regime's strategy to win the war Nazi Germany killed approximately 13 million civilians and other non-combatants in deliberate policies of mass murder, mostly during the war years. Almost half the victims were Jewish, systematically destroyed in the Holocaust, the core of the Nazis' pan-European racial purification programme. Alex Kay argues that the genocide of European Jewry can be examined in the wider context of Nazi mass killing. For the first time, Empire of Destruction considers Europe's Jews alongside all the other major victim groups: captive Red Army soldiers, the Soviet urban population, unarmed civilian victims of preventive terror and reprisals, the mentally and physically disabled, the European Roma and the Polish intelligentsia. Kay shows how each of these groups was regarded by the Nazi regime as a potential threat to Germany's ability to successfully wage a war for hegemony in Europe. Combining the full quantitative scale of the killings with the individual horror, this is a vital and groundbreaking work.

Is Our Food Killing Us?

Empire of Silver: A New Monetary History of China