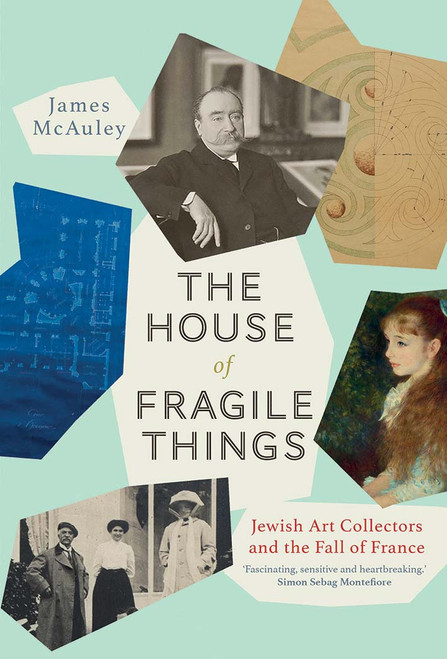 A powerful history of Jewish art collectors in France, and how an embrace of art and beauty was met with hatred and destruction "The depths of French anti-Semitism is the stunning subject that Mr. McAuley lays bare. . . . [He] tells this haunting saga in eloquent detail. As French anti-Semitism rises once again today, the effect is nothing less than chilling."-Diane Cole, Wall Street Journal "Elegantly written and deeply moving. . . . [A] haunting book."-David Bell, New York Review of Books In the dramatic years between 1870 and the end of World War II, a number of prominent French Jews-pillars of an embattled community-invested their fortunes in France's cultural artifacts, sacrificed their sons to the country's army, and were ultimately rewarded by seeing their collections plundered and their families deported to Nazi concentration camps. In this rich, evocative account, James McAuley explores the central role that art and material culture played in the assimilation and identity of French Jews in the fin-de-siecle. Weaving together narratives of various figures, some familiar from the works of Marcel Proust and the diaries of Jules and Edmond Goncourt-the Camondos, the Rothschilds, the Ephrussis, the Cahens d'Anvers-McAuley shows how Jewish art collectors contended with a powerful strain of anti-Semitism: they were often accused of "invading" France's cultural patrimony. The collections these families left behind-many ultimately donated to the French state-were their response, tragic attempts to celebrate a nation that later betrayed them.

The South of France for Art Lovers

100 Things to Know About Art