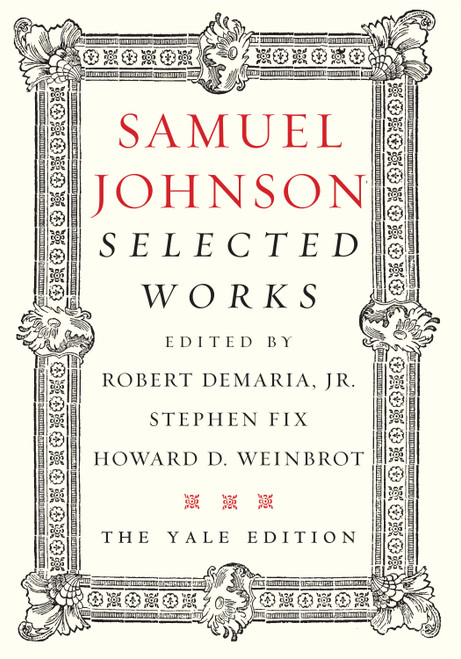 A one-volume collection of the prose and poetry of eighteenth-century Britain's pre-eminent lexicographer, critic, biographer, and poet Samuel Johnson Samuel Johnson was eighteenth-century Britain's preeminent man of letters, and his influence endures to this day. He excelled as a moral and literary critic, biographer, lexicographer, and poet. This anthology, designed to make Johnson's essential works accessible to students and general readers, draws its texts from the definitive Yale Edition of the Works of Samuel Johnson. In most cases, texts are included in full rather than excerpted. The anthology includes many essays from The Rambler and other periodicals; Rasselas; the prefaces to Johnson's Dictionary and his edition of Shakespeare; the complete Lives of Cowley, Milton, Pope, Savage, and Gray, as well as generous selections from A Journey to the Western Islands of Scotland. Some parts are arranged thematically, allowing readers to focus on such topics as religion, marriage, war, and literature. The anthology includes a biographical introduction, and its ample annotation updates and enlarges the commentary in the YaleEdition.

The Works of Samuel Palmer

The Dissolution of the Monasteries: A New History